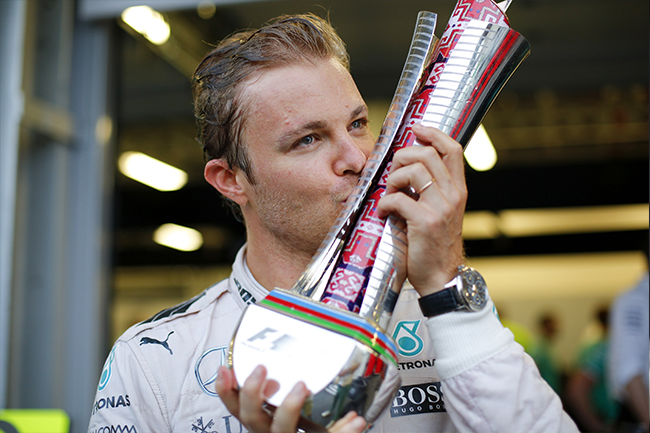 Today was the day when years of hard work and dedication finally paid off with a quite magnificent first ever Formula 1 race taking place in a gloriously sunny Baku.

Thousands of people packed the new home of Formula 1 in Azerbaijan to witness a quite spectacular opening ceremony followed by a hugely enjoyable race, where speeds on track exceeded the 360km/h mark, confirming Baku City Circuit as the fastest street circuit in the world! 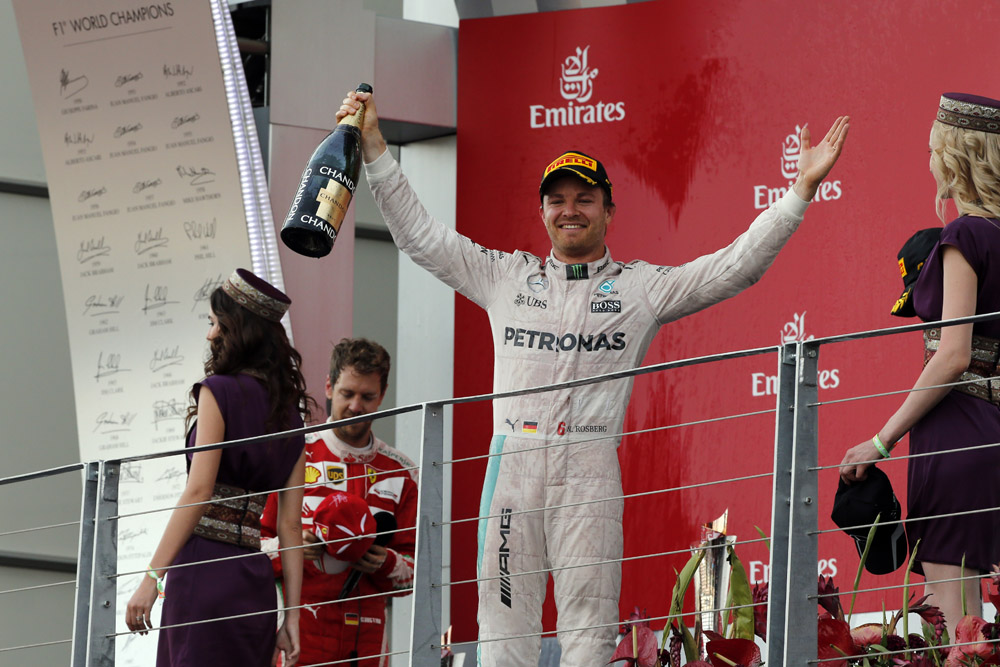 Nico Rosberg stretched his lead in this year’s world championship with a commanding win in Formula 1's inaugural Grand Prix to be staged in Baku, Azerbaijan.

The Mercedes AMG Petronas driver led from pole and established and held on to a lead he would keep for the entire 51 laps of this new street circuit. To further improve his mood after this historic win, his title rival and Mercedes team-mate, Lewis Hamilton, could only finish fifth.

It was Rosberg's first win since Russia and his fifth victory of the season leaving him 24 points clear of his teammate in the drivers' standings.

Ferrari's Sebastian Vettel finished second for the second successive race with Force India's Sergio Perez coming in at a very impressive third after a superb drive.

Unfortunately, the Official Ambassador for the 2016 Formula 1 Grand Prix of Europe, Fernando Alonso, was told to return his McLaren Honda with just seven laps to go, ensuring a disappointing end to his first race in Baku.
The newest race in the FIA Formula One World Championship™ saw the arrival of the latest street circuit in in the sport, when the world’s greatest drivers arrived in Azerbaijan - known as the Land of Fire – this weekend.

Baku is a nation that is growing at an epic speed, while still staying true to its rich heritage. The 2016 FORMULA 1 GRAND PRIX OF EUROPE trophy has been especially designed to reflect this fusion of the old and the new, the modern and the ancient that makes Baku such a unique host venue for the world’s most glamorous and exciting sport.

Baku is defined by its stunning Old Town – a UNESCO heritage site -  as well as its flourishing downtown streets, booming with high end designer shops, wonderful restaurant and bars and surrounded by elaborate architectural developments that give this city its inimitable flavor that has seen it described as the ‘Paris of the East’. 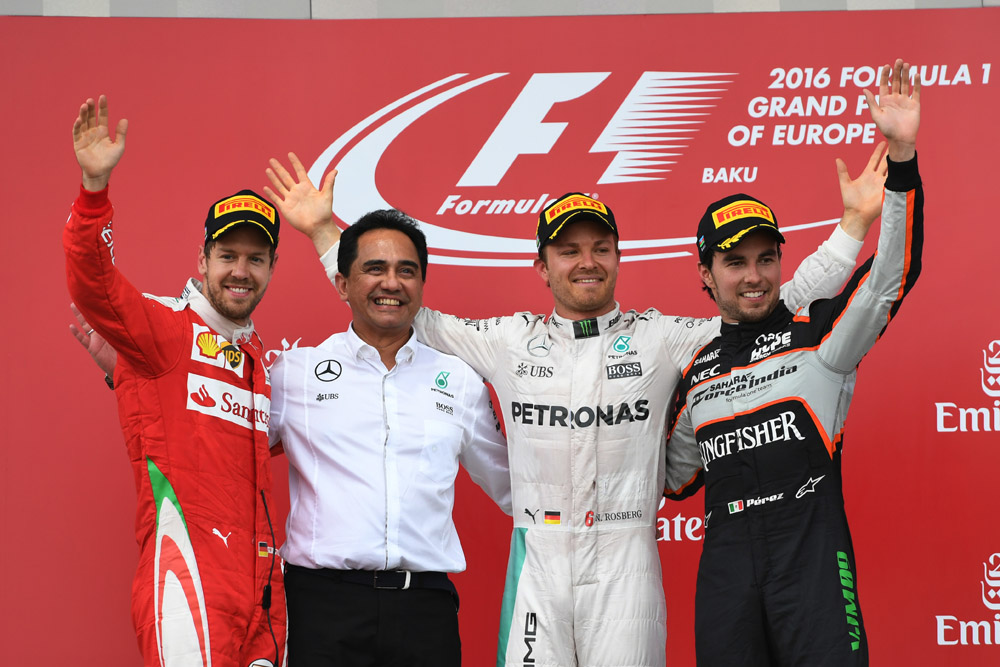 All of the above factors have been used as inspiration in the design of the four sterling silver trophies presented to the top three drivers and winning constructor.

The trophy design reflects a traditional carpet wrapped in a silver column, positioned and engraved with a red inner gold plate to give the appearance of a flame -  the symbol of Azerbaijan -  when viewed from the front. The columns sit on an enameled sea, representing the Caspian Sea, with a gilded laurel border denoting victory. Resting on the silver base, three, coloured rings denote the national flag with the F1® logo inscription facing to the front.

Its form and design has been tailored specifically to encapsulate the country’s cultural heritage and identity via artistic interpretations of the the heavily symbolic national elements of Fire, Wind & Water, structured around the concepts of Unity & Progress. In doing so, the trophy design marries all these elements together to represent the passion, vitality, togetherness and ambition of the Azerbaijani people.

Nico Rosberg: “It’s been an amazing day really, an amazing weekend. Thank you all here in Baku for welcoming us in this way. It’s been spectacular, great track you’ve made, really exciting racing. Of course, for me the weekend went perfectly: qualifying, race, everything to plan, so it was really awesome.”

Sebastian Vettel: “First of all, thank you very much. It’s the first time we are here in Azerbaijan. I didn’t really know what to expect, but it’s been a great track, a great pleasure, a great welcome for all of us. I think the circuit is incredible. You need to be ‘well-equipped’, let’s put it this way, around here, so some proper high-speed corners and very, very close. Today has obviously been a great job for us.” 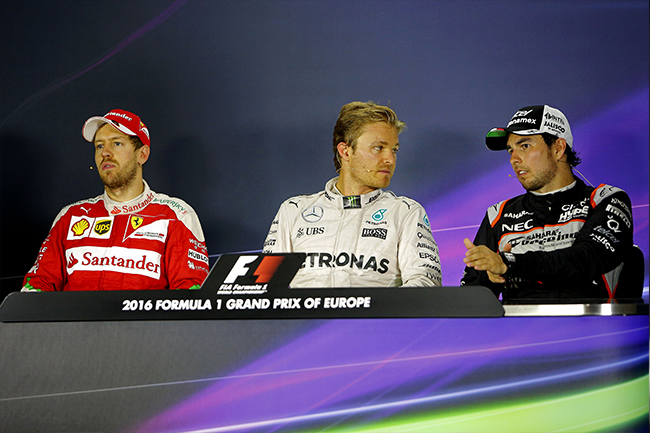 Sergio Perez: “I knew that the podium was possible today but it was very hard, very hard work to get it. We really did an incredible first lap to get around the Williams and the Toro Rosso. I think that was one of the keys… I think the track suited our car well. Obviously a good power unit and I think good balance around the track. People were probably struggling more than we did but I think that was the main reason why we managed to be so much further up.”

A memorable weekend was capped off on Sunday night when one of the biggest stars and most influential figures in world music, Pharrell Williams, took to the Main Stage to close out the 2016 FORMULA 1 GRAND PRIX OF EUROPE with one of his celebrated sets. The man behind some of the biggest hits in the history of music, including ‘Get Lucky’, ‘Happy’ and ‘Frontin’’ delivered the perfect encore to Baku’s inaugural Formula 1 race weekend, just hours after the final car has crossed the finish line. 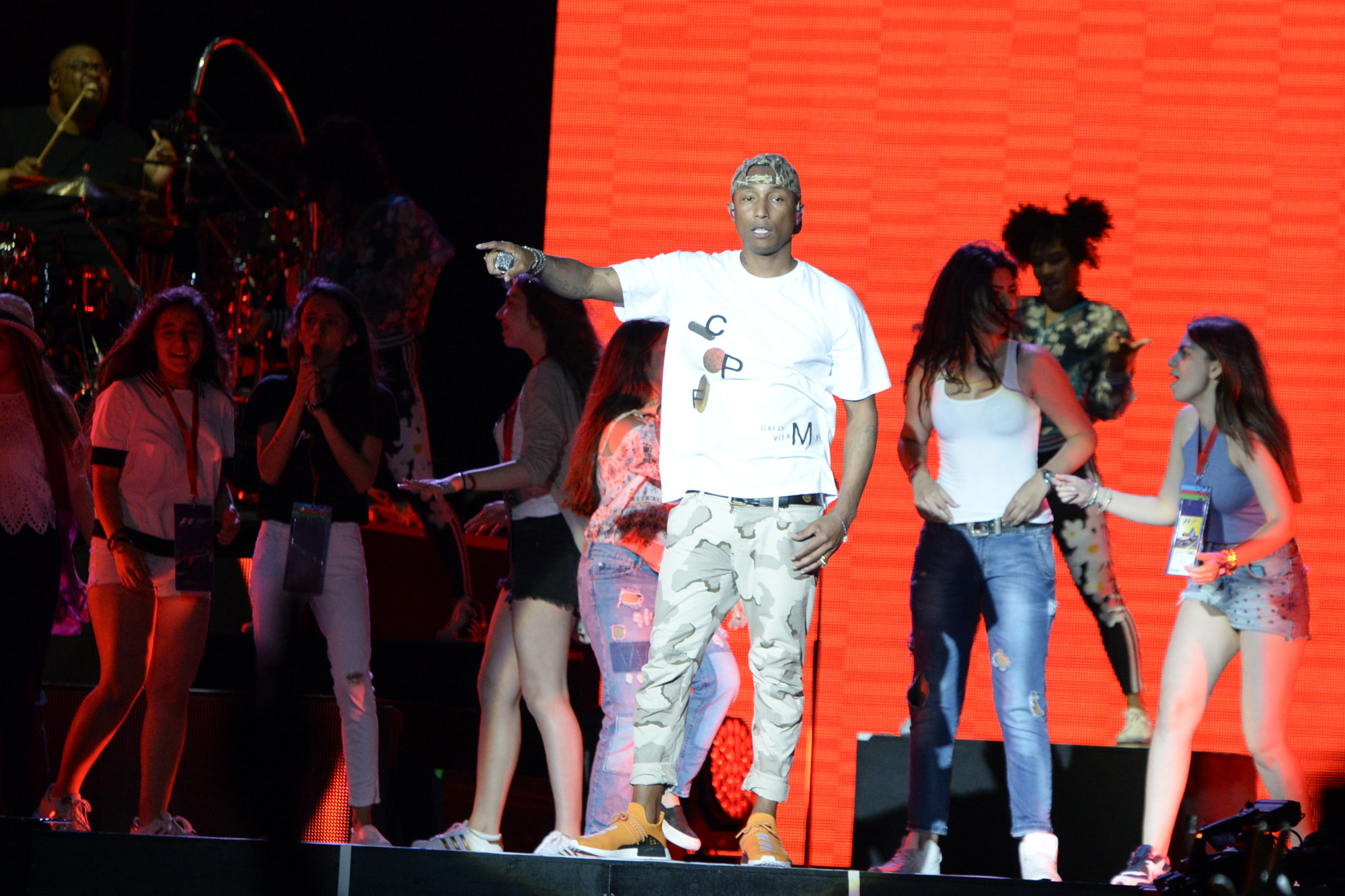