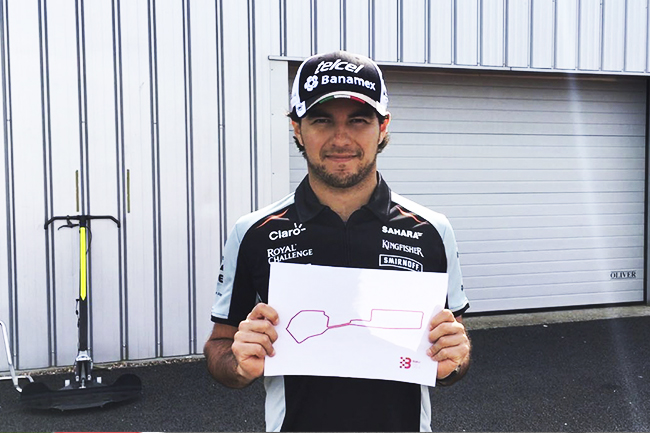 What do you think of the layout of the Baku City Circuit?

It's a circuit that looks very tight and challenging – a very nice street circuit. It's by the water too, so it should look great on TV. It's always exciting to go to new venues and I'm sure it's going to become very popular with fans. Street circuits are always challenging for the drivers and it's something I'm really looking forward to.

What can you say about your start to the season? Are you happy with it?

So far things haven't worked out for me in the races. I was unlucky in Australia with the red flag, which hurt my strategy. Then, in Bahrain, I made contact with Sainz and lost my front wing. I thought we could score points in Bahrain, but we just missed out in the last few laps. I'm sure things will work out in our favour soon. We've shown that we have a quick car by qualifying in seventh place for the last race, so that's a good sign.

What’s the first thing you do when you arrive in a new country or at a new track?

It always feels like a new adventure. The first visit is always interesting – new city, new hotel, new places to explore. I think it's great that our sport keeps going to new locations and reaching out to fans in new areas. When you have a new race it's important to learn the circuit quickly. The track walk with your engineers is important, but the Friday practice sessions become even more important. You need to be up to speed within a handful of laps.

What was the funniest moment in your racing career?

When I was at Sauber I was having a great race at Suzuka. It was the last lap of the race and I told my team over the radio I was running out of fuel! Peter Sauber was quite stressed out after I crossed the finish line!

What is your goal for the 2016 campaign?

To achieve my best season in Formula One and improve on the great job we did last year.


What do you want to say to your fans in Azerbaijan?

I don't know what to expect, but I look forward to meeting them and having a great race weekend!