Azerbaijan, the land of fire

Azerbaijan is the place where all roads meet, fully disproving the old saying that, "West is West and East is East, and ne'er the twain shall meet."

Situated on the Great Silk Road, Azerbaijan and its people defy simple definition – both the country and its people are neither totally Eastern, nor totally Western, but instead form a rich and unique blend of both cultures.  Indeed, today Azerbaijan is a modern and liberal country, which still incorporates the traditions of many religions and nationalities into its open social structure. 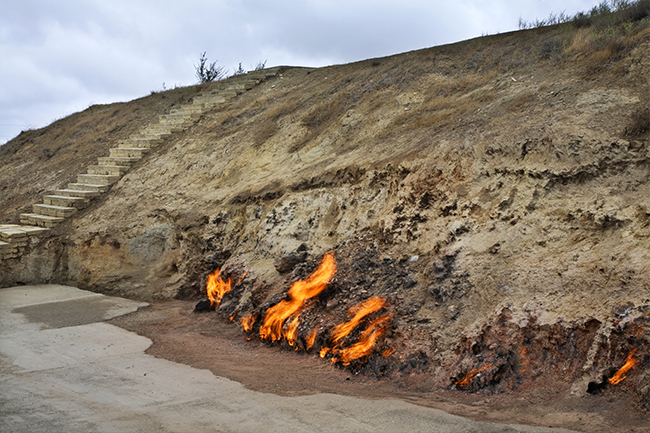 Azeris are among the most hospitable people in the world. Azerbaijan is a warm, friendly place where no one is considered a stranger but simply a friend who has not yet been met. Homes are always open, tea is always ready to be served; and nothing is more important than friendships - old and new.

Azerbaijan has long been called "The Land of Fire" due to the phenomena of "burning hillsides" caused by gas seeping through fissures in the earth. Today, on the outskirts of Baku there is a walled complex called "Atashgah" that was used by ‘fire worshippers’ and which now has been converted to a museum.

Another attraction loved by tourists is the Yanar Dag - translated as the ‘Burning Mountain’ - eternally burning fire fuelled by an underground pocket of natural gas. Just 27 km north of Baku downtown, it continuously vents flames of fire all year round, a process that has been going for around 1,000 years. Natural gas vents on the sides of the mountain ensure that the flame remains lit in wet weather.

Don’t miss the chance to experience some of Baku’s extraordinary history by wandering through the streets of the Old City, as well as exploring the city’s more contemporary modern centre as well as the rare natural phenomenon of Mud Volcanos (of which Azerbaijan has hundreds) situated outside the city. 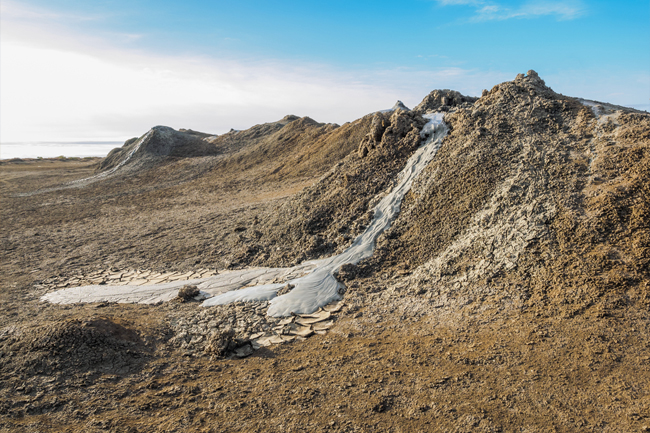 After taking a sightseeing tour of Baku’s Old City, you can travel about 40 miles (64 km) southwest of the centre of Baku and explore the famous Mud Volcanos, located in the Gobustan National Park. The Gobustan Rock Art Cultural Landscape covers three areas of a plateau of rocky boulders rising out of the semi-desert of central Azerbaijan, with an outstanding collection of more than 6,000 rock engravings bearing testimony to 40,000 years of rock art. The site also features the remains of once-inhabited caves, settlements and burials, all reflecting an intensive period of human use by the inhabitants of the area during the wet period that followed the last Ice Age. 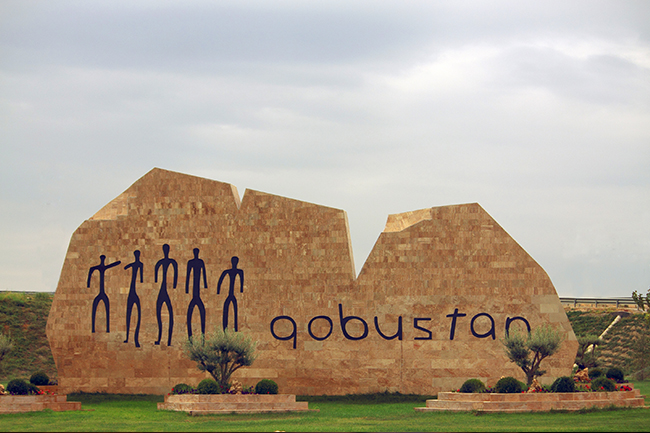 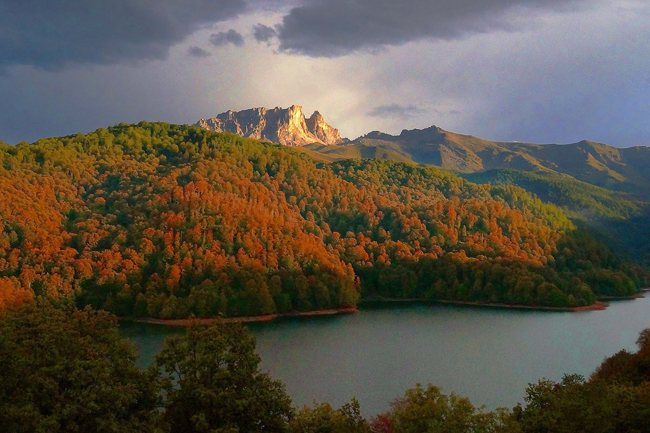 Another interesting part of the country to explore is one of the most ancient cities in Azerbaijan, Sheki.  Rightly called the architectural reserve of the country, Sheki is home to one area that is of particular interest to tourists from all over the world  - the Palace of Sheki Khans (1762). A few remarkable things about this palace include the fact that during the construction of the palace, not a single nail was used, and the coloured glass for shebeke (national mosaic) was imported from Venice. 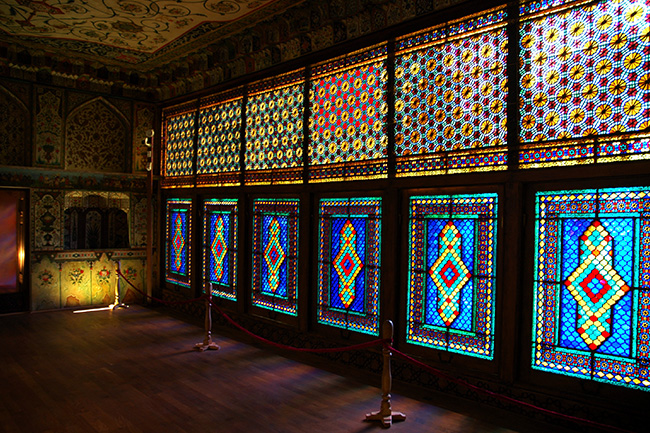 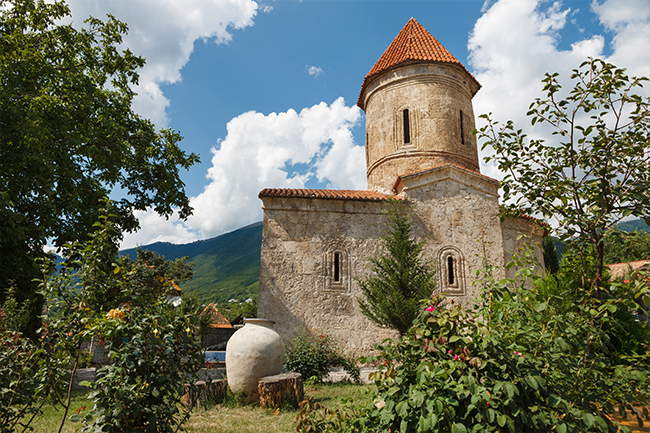