Baku City Circuit team is running across Baku for charity 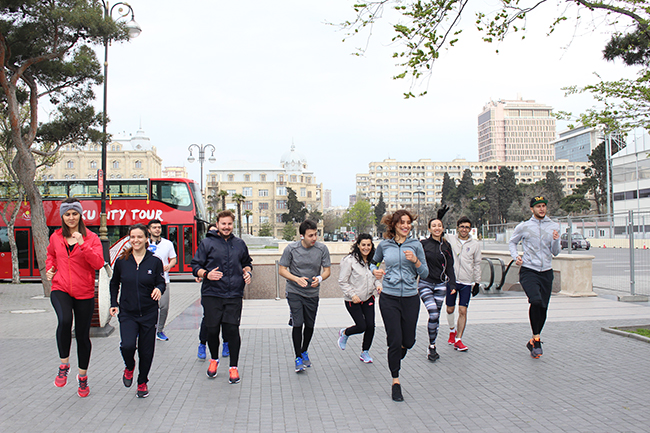 On April 30, Baku City Circuit’s (BCC) 23 employees will run in “Baku Marathon 2017” to promote healthy lifestyle and help those in need.

BCC has launched “Run for a cause!” campaign to raise money for Leyla Rafizade, a nine-year old girl, who suffers from a severe heart disease.

Irana Ahmadova, BCC’s Head of Human Resources and a runner of Baku Marathon 2017, calls on everyone to support BCC team in this event and make a donation: “Promoting healthy lifestyle, youth development and charity campaigns are BCC’s main principles. By joining Baku marathon, we promote our values and invite everybody to contribute to this idea.

We would like to mention that “Lend a helping hand to those in need” was the name of BCC’s charity campaign within “Cold hands, warm heart” charity event which was held in December 2016. During the campaign, BCC raised 3,500 AZN to cover Zeynab’s surgery, who has been suffering from a severe heart disease since she was born. Now, Zeynab is feeling great and recovering pretty fast.

With the upcoming campaign, BCC has set a goal to raise 3,500 AZN to cover Leyla’s heart surgery.